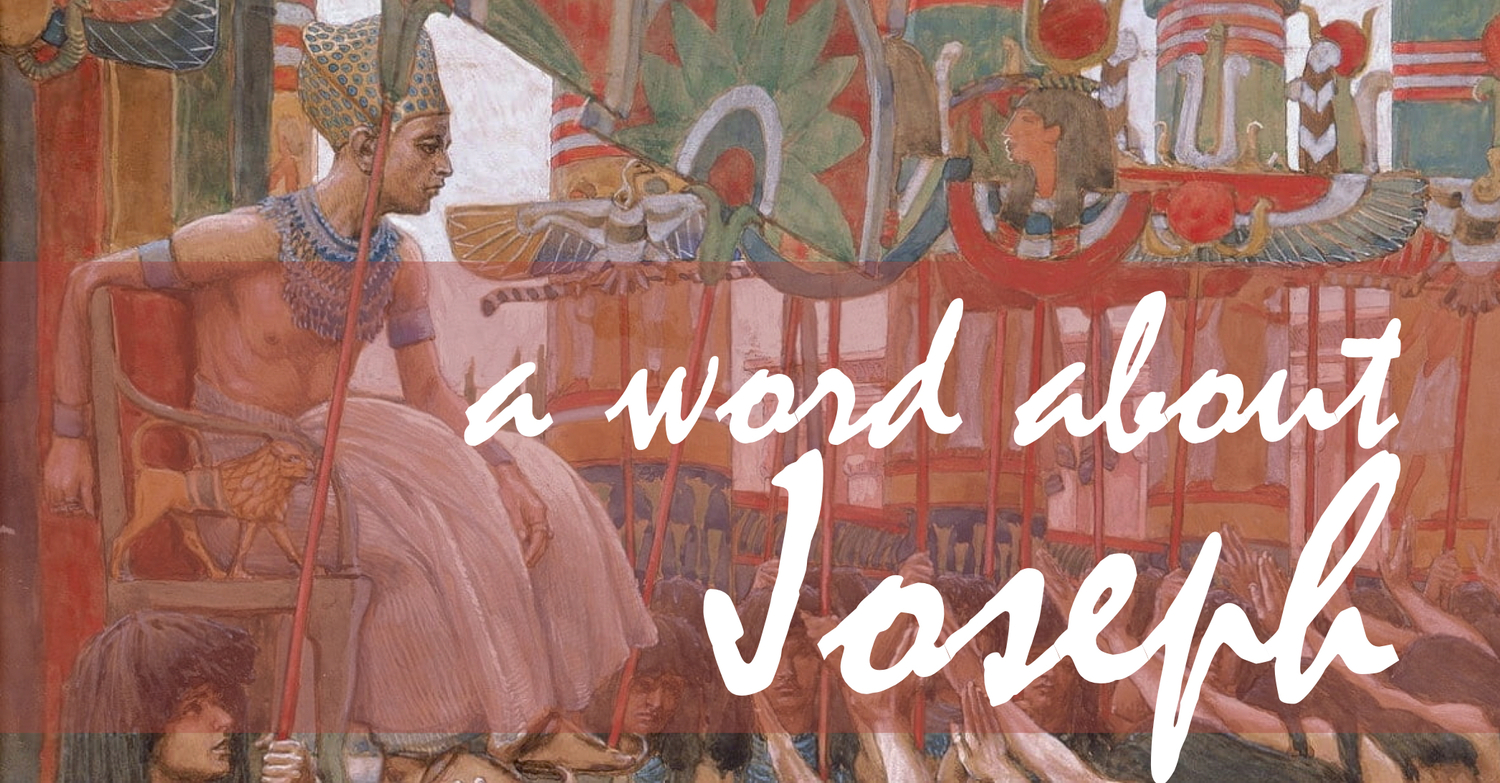 Many years ago a preaching professor instructed myself and a room full of students with the following:

When teaching the scriptures don't try to be cute and clever, just be clear and concise.

Some of you might rightly argue that I've generally missed the mark in the former and the latter, but in this short blog I want to take a shot on the whole clear and concise thing.

This morning my scripture reading had me in Genesis.  It's the end of a famous story where Joseph (who had been sold into slavery by his older brothers, but then, providentially, winds up as the second in command of all Egypt) finds himself in front of these same brothers who don't recognize him, but are begging him for mercy and food (back home, Israel had been plunged into a famine and the brothers had sojourned to Egypt looking for food).

In the scene that I read this morning, Joseph makes his big reveal and this is what we read:

Joseph said to his brothers, “I am Joseph! Is my father still living?” But his brothers were not able to answer him, because they were terrified at his presence.

4 Then Joseph said to his brothers, “Come close to me.” When they had done so, he said, “I am your brother Joseph, the one you sold into Egypt! 5 And now, do not be distressed and do not be angry with yourselves for selling me here, because it was to save lives that God sent me ahead of you. 6 For two years now there has been famine in the land, and for the next five years there will be no plowing and reaping. 7 But God sent me ahead of you to preserve for you a remnant on earth and to save your lives by a great deliverance.

And that's it. That's what I wanted you to see.

It was an awful thing that happened to Joseph, and from our human eyes we look at it with horror (and we should! It was horrible.) but at the very same time it was this very thing that God ended up using as a means to deliver all of Israel.

I don't mean to be trite, nor to diminish your experiences of pain or heartache (Pain is pain and heartache is heartache - let's not pretend otherwise), but this is a kingdom worldview that we must keep in our hearts. We see it repeated over and over again, most notably in the death and resurrection of Jesus: Out of death, God has a way of bringing life.

May your hearts be filled with resurrection hope (even as we begin this season of lent).