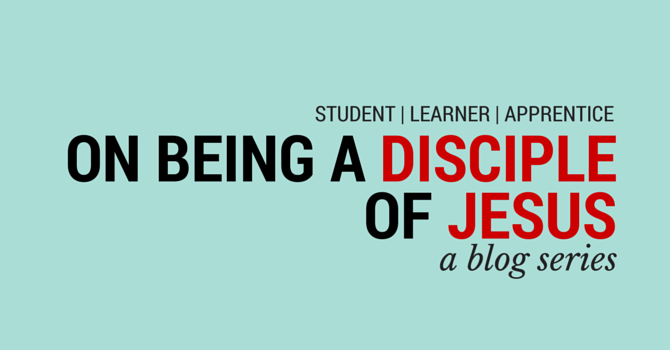 Last time we looked at Jesus plan for revolution: call twelve followers, live with them for three years, teach and demonstrate the reality of his Kingdom and then send them out with instructions to repeat; doing “unto others” as had been done to them. To borrow a phrase from the King James, as one generation of followers “beget” another, it wouldn’t be long before the Roman Empire would be filled with “revolutionaries”. Thousands of followers pledging allegiance to another king. Which is pretty much what happened.

But before we get to far down that trail, let’s think a little more about Jesus method. As you recall from last time, these followers of Jesus were called “disciples” (from the Greek, “Mathetes”), a word which literally meant “student, learner or apprentice”. So these twelve followers of Jesus could be rightly seen as “students” of Jesus. They were learning from him the way of his kingdom. Which of course begs the question, if they were learners, how was it that Jesus taught? What was his method for training?

In Mike Breen’s exceptional book, “Building a Discipling Culture”, he talks about three ways that people learn. The first is through lecture or book study; where concepts are shared from an expert to a student. The second is through an apprenticeship experience; where a master demonstrates a skill and the student is then asked to replicate under the masters tutelage. And the final way is through immersion; where a student “picks up” knowledge and skill simply by being in the presence of the teacher. This last is an unintentional or undirected means of learning, but it’s profoundly important and is how we acquire many of our skills. An example would be language acquisition. Children don’t learn English through a lecture, nor primarily through an intentional apprenticeship experience. Instead, they learn English by living in proximity to English speakers; immersed in an English speaking world they soon, without being told how, “pick up” the language.

Three methods of learning: lecture, apprenticeship and immersion. Strangely though, in our Western world, few are the fields of education that employ all three. Some of our trades and medical practices do so with tremendous success, but most of our education systems lean heavily on just the first method - books and lectures. Jesus, on the other hand, as Breen identifies, masterfully employed all three methods. A quick survey should help bring this into focus.

First, we often see Jesus teaching about the kingdom, like a professor to his students. His teaching was for the crowds and, at times, just for the twelve. It was also masterful. Jesus employed parables, proverbs, plain speech, Jewish hyperbole, and biting rhetoric - to name a few of his devices. He was a profoundly gifted instructor. But we also know that Jesus did not teach merely to transfer information. He taught in order to provoke transformation. As he said at the end of his most famous lecture, “if you hear these words and don’t act on them, you’re like a fool that builds his life on the sand.” (Mt. 7:24-27). He taught to enact change in his students lives.

Jesus also taught through an apprenticeship model. This was reserved exclusively for his closest associates; the twelve and perhaps some of his other dear friends. As these intimate companions followed Jesus around he demonstrated for them, like a master surgeon talking a student through an incision, how the kingdom works. He demonstrated for them how to pray, worship, cast out demons, heal the sick, preach the good news, enact justice, etc. and in carefully teaching them these things, he then empowered them to do the same.

On one occasion, the disciples came to him and requested, “Lord, teach us how to pray.” Jesus replied, “When you pray, don’t pray like the hypocrites, instead, pray like this...” and he went on to teach them what we call the Lord’s Prayer (Lk. 11; Mt. 6) . He was demonstrating for them, first hand, how to pray in the kingdom. And it obviously looked quite different then anything their other teachers had demonstrated.

On other occasions, having demonstrated for them many kingdom missions, he sent them out on their own. Like an electrician wiring an electrical box, they had seen him do many of these by now, but now it was their turn to try “wiring their own box”. And with a few final instructions - “When you go take with you this, but don’t take this...” - they were off (Mt.10; Mk 6; Luke 9&10), returning to him with a post mission report of all they had “seen and done” (Lk 9).

By some estimates, of his three years total ministry, eighteen months of those were spent just with the twelve. He lived with them.

Living alongside of him, they learned as his apprentices, carefully watching as he taught them the way of the kingdom. But then there was the other side of this. Because while many things were clearly articulated, there were certainly other things that they simply picked up by being immersed in his presence. The fact is, Jesus spent a lot of time with these students. By some estimates, of his three years total ministry, eighteen months of those were spent just with the twelve. He lived with them. They had tremendous access to his life and rhythms. And while sharing life with him, intuitively, these students saw and learned the way of the kingdom, without explicitly being taught, often, most likely without even cognitively being aware that they were learning. Immersed in Jesus life, they intuitively learned the Kingdom language from Jesus. Like a child learning to speak.

We cannot be disciples of him - not fully anyway - by merely hearing lectures about him. Not even reading the book about him will be enough. No to be disciples of Jesus, we also need to walk beside him.

Teaching, apprenticing, and immersion. Three ways of learning that Jesus used with his students. But notice something important: the last two cannot be accomplished apart from proximity. To be disciples of Jesus, to learn from him the kingdom ways, they had to spend time at his side. Which is where things get interesting for us, because if we also are to be learners of Jesus then the same applies for us as well. We need to be at his side. We cannot be disciples of him - not fully anyway - by merely hearing lectures about him. Not even reading the book about him will be enough. No to be disciples of Jesus, we also need to walk beside him. We need to follow him around and look over his shoulder as he demonstrates for us life in the kingdom. We need him to look us in the eyes and hear him say, “it’s your turn now”. And, we need to share life with him; picking up all the unspoken details and rhythms that are essential to life in the kingdom.

Which begs the obvious question: if being his students involves an apprenticeship and immersion experience that comes only by proximity, then how is this to happen? Last I checked, he returned to his Father two millennia ago and hasn’t been seen much since.

Fair enough, but be careful here. The truth is, he’s been around lots. He’s often wearing strange disguises - but don’t be fooled, he’s been around. And the Good News rumbling through the streets is that he’s still inviting students to share in his life.

How so? That’s what we’ll talk about next time.

Encouragements & Reminders from Al Pastor National Day for Truth & Reconciliation Introducing... a new (to us!) house church in Surrey!